Administration in the best tradition …

The Bavarian Administration of Palaces, Gardens and Lakes, otherwise known as the Bavarian Palace Administration, is one of the most traditional administrations in the Free State of Bavaria. Created as part of the administration at the court of the electors and kings, it is today one of the largest public authorities responsible for museums in Germany, managing 45 palaces, castles and residences as well as further monuments and artists' houses. 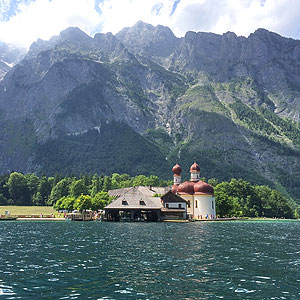 It is also responsible for a very special historical heritage: the many magnificent court gardens, palace parks, gardens and lakes. The unique ensembles of european architecture with their sumptuous artistic interiors attract over five million visitors annually from all over the world.

From a court administrative division to a modern services department

The Bavarian Palace Administration originated as the stewarding division, one of the four divisions of administrative staff at the electoral court: by the end of the 18th century it was already responsible for the residences and palaces in Bavaria. From 1804 on it was directly answerable to the Ministry of Finance.

In the constitution of 1808 issued under Count Montgelas, the palaces and residences were declared part of the Bavarian heritage, which could not be sold, and were included in the so-called "civil list". In return, the state undertook to maintain the residences, palaces and court gardens and also to meet all the financial needs of the royal court.

From 1908 the stewarding department also became responsible for the large Bavarian lakes and fisheries and the court gardens. After the end of the monarchy in Bavaria on 8 November 1918, the former civil list was declared state property, and since 1932 the administration has been officially known as the "Bavarian Administration of Palaces, Gardens and Lakes".

Today the Bavarian Palace Administration has a staff of around 1200, including specialists in the restoration of the valuable interiors, art historians who are responsible for the museums, building specialists who supervise the rebuilding, restoration and extension of the property in accordance with the principles of preservation, and a garden department which is not only responsible for the maintenance and conservation of the gardens, but also for research into their history. The president's department is responsible for personnel and budgetary matters, the properties with their numerous leased restaurants and function rooms, the lakes and publicity for the whole Bavarian Palace Administration 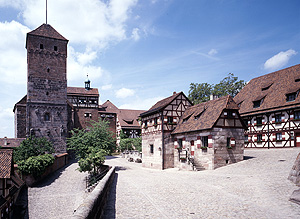 Because of its origins in the court, the Bavarian Palace Administration looks after the palaces and residences of the civil list which remained after the former royal family was no longer in power. In addition, however, it has gradually taken over a number of other properties, so that it is currently represented in each of the seven regions of Bavaria with 45 palaces, castles and residences as well as further monuments and artists' houses, 32 historic gardens and 21 lakes.

The three royal residences of Ludwig II, Neuschwanstein, Linderhof and Herrenchiemsee, the Imperial Castle of Nuremberg and the Residences of Munich and Würzburg are world-famous tourist attractions. However, as testified by the rising numbers of visitors, the other properties of the Bavarian Palace Administration are also becoming increasingly popular and play an important part in the tourist industry and economy of Bavaria. 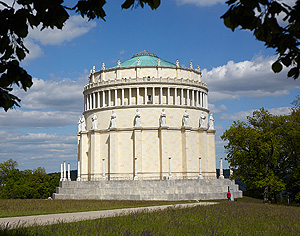 In addition to the palaces, castles and residences, churches such as St Bartholomew's and monuments such as the Hall of Liberation in Kelheim, the statue of Bavaria with the Hall of Fame and the Field Marshals' Hall in Munich are also the responsibility of the Bavarian Palace Administration.

As part of Bavaria's cultural heritage, these properties provide a unique insight into important epochs of Bavarian history and naturally also the history of Germany.

Bavaria – a state with a cultural heritage

Bavaria is under obligation to preserve and maintain its rich heritage of historical buildings. The maintenance and restoration, and also the extension and furnishing of the existing museums involve a constant financial commitment.

The Bavarian Palace Administration's aim, to fill the historic buildings with life, is achieved in a number of different ways. Its properties provide a magnificent setting for numerous events, including art exhibitions, theatre productions and concerts, and weddings in the various palace chapels that are looked after by the branches of the administration in the regions. 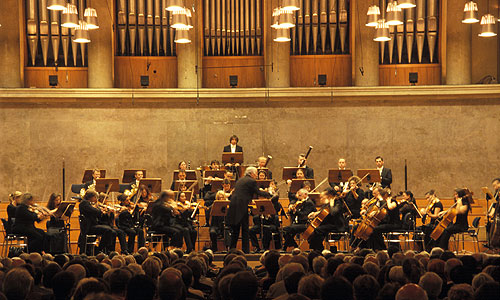 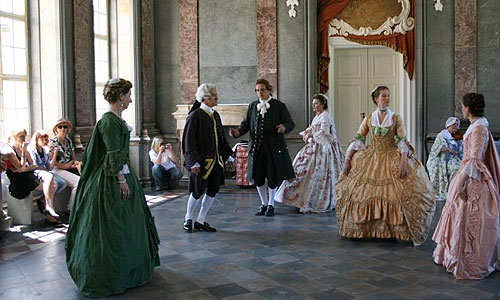 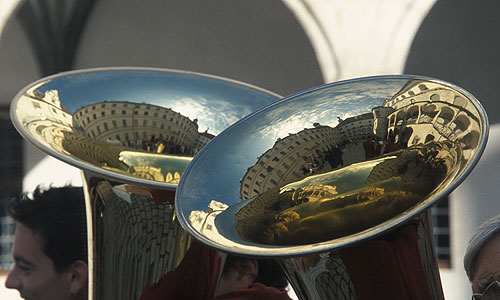 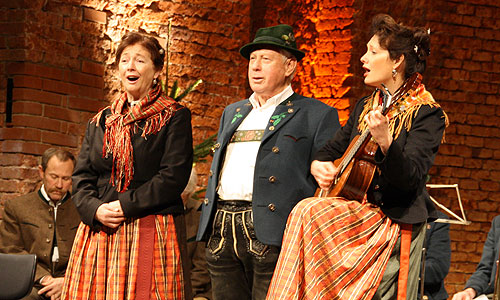 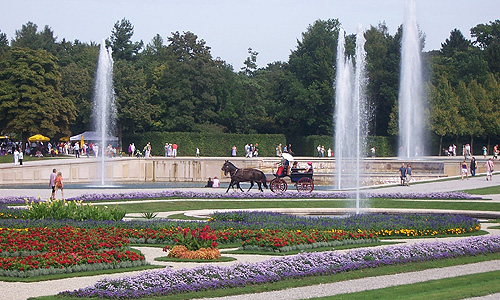 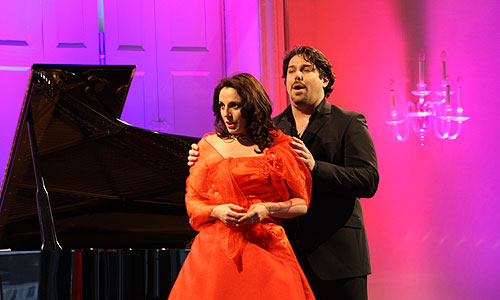 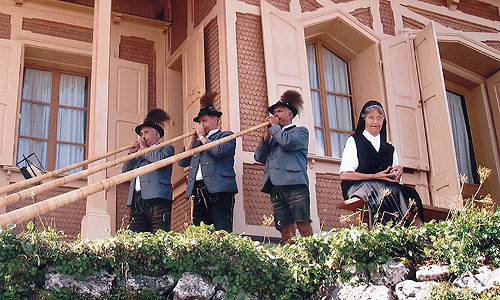 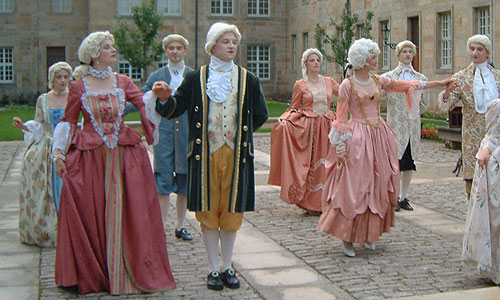 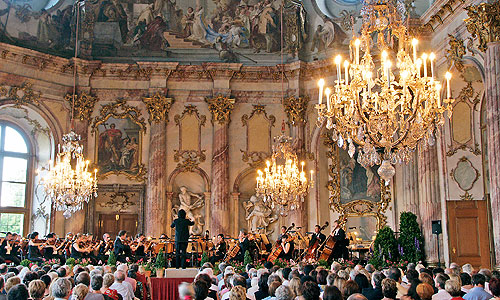 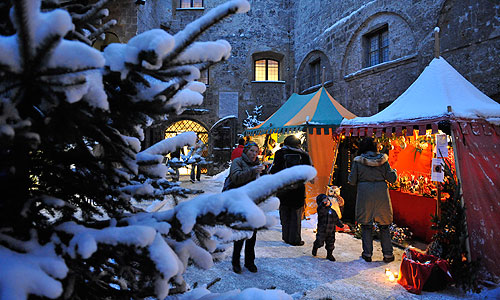 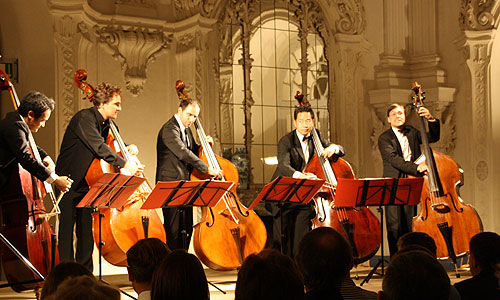 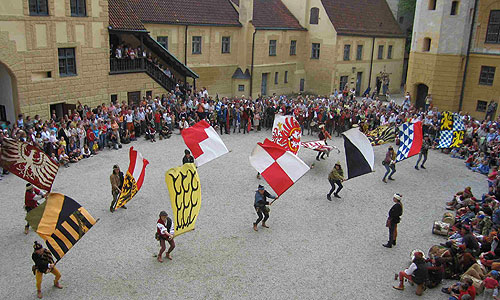 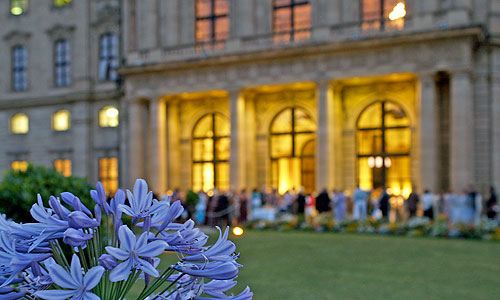 Constant improvements in the presentation of the valuable cultural heritage contribute just like interesting special exhibitions to arouse the interest of the visitors. At the same time, the Bavarian Palace Administration attaches great importance to modern services and facilities for the visitors. The rising numbers of visitors in recent years confirm the administration's work and at the same time place it under obligation to fulfil the visitors' expectations of modern services and facilities such as cafés or museum shops. 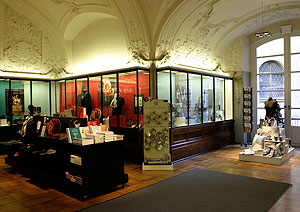 Throughout Bavaria, museum shops with an interesting range of high-quality souvenir articles were established in most objects of the administration's properties.

Route markings and information systems will help visitors find their way to and around the properties and indicate even more clearly the particular objects of interest. In addition, on the basis of new educational concepts for museums, comprehensive guiding programmes have been developed and regular guided tours with particular themes are offered.

The Bavarian Palace Administration has undertaken to open the historical buildings and complexes and inject life into them, bring out the attractions of these cultural monuments and generate a lively interest in the state palaces, gardens and lakes. The considerable extension of the opening times was a major step in this direction. The success of the large (and small) special exhibitions and the very well attended tours on special topics have encouraged us to try and also attract visitors who still only know Bavaria’s palaces from the outside.

Recommendation in the social media